Amir Hussen liton Special Correspondence italy: Tasnuva Anan, the first transgender news anchor in Bangladesh, was elected as a board member of ILGA World at its conference in the US this year. ILGA World is a global federation of over 1,700 organisations from over 160 countries and territories that advocate for the human rights of sexual and gender minorities.

Tashnuva was elected as the chair of the transgender steering committee in the ILGA World board election, where organisations from around the world supported her candidacy. Two of her counterparts were prominent Argentine and British activists. The Executive Board is the primary governing body of ILGA World. Typically, representatives are elected during world conferences. Inclusive Bangladesh, where she serves as executive director, nominated and supported Tashnuva. As a graduate of public health, Tashnuva has spent many years advocating for the SRHR of SOGIESC people in South Asia, with the advancement of SOGIESC people’s human rights constituting the core of her advocacy work. She has worked with numerous human rights and SOGIESC organisations for more than 10 years. In addition to being the founder of Shree, a platform for gender minority groups, she has other honorary positions at various non-profit organisations. Read more: Tashnuva Anan makes history as the first transgender woman to present the news in Bangladesh Through her new position at ILGA World, Tashnuva intends to promote the transgender rights initiatives of many states, particularly Bangladesh, so that others will adopt them. 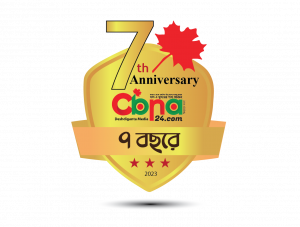