Quebec is asking health workers to not travel to foreign countries for work or pleasure. Students returning from trips in countries trapped in the COVID-19 crisis will be isolated for 14 days.

Legault said the directives would be issued later Wednesday. Legault also said Quebec is also examining the possibility of cancelling some international events. They are to be examined on a case-by-case basis. A decision is expected later Wednesday on the World Figure Skating Championships, which are set to begin in Montreal on Monday.

Quebec’s Health Ministry confirmed late Tuesday that two more cases of coronavirus have been detected in the province, bringing the total number of cases identified thus far to seven.

The first patient is being treated at the Jewish General Hospital while the second is following self-isolation protocols.

Provincial health officials added that from now on, cases will be confirmed or dismissed at the provincial level rather than automatically undergo a second analysis at the Nation Microbiology Laboratory in Winnipeg. A second analysis will be conducted only if the result obtained in Quebec seems uncertain.

Also Tuesday, Quebec public-health officials said that one of the Quebecers with COVID-19 took public transit between Montreal’s South Shore and Old Montreal on Feb. 24 and March 6.

On Feb. 24, the infected person travelled by métro from the Longueuil station to Champs-de-Mars, transferring at Berri-UQAM, between 2 and 2:30 p.m., and returned by the same route between 3:15 and 3:45. Between 3:50 and 5 p.m. the same day, they rode the No. 88 bus from Longueuil station toward Mountainview Blvd. Anyone who may have used those routes during those times should call 811 if they had symptoms between Feb. 24 and March 9.

On March 6, the infected person travelled from the Longueuil station to Champs-de-Mars, again transferring at Berri-UQAM, between 9:30 and 10 a.m. They then travelled from Champs-de-Mars to Longueuil between 10:50 and 11:20 a.m. They then took the No. 88 bus from Longueuil station toward Mountainview Blvd. between 11:30 a.m. and 12:20 p.m. Anyone who may have used those routes should call 811 if they develop symptoms by March 20.

The money will help buy masks and other supplies for health-care workers, as well as funding research for a vaccine.
The Liberals are loosening restrictions on employment insurance payments for people who are off work due to illness by waiving the waiting period for benefits.

This would also make it easier for people with more precarious jobs to stay home and avoid infecting others, by quickly getting them money so there isn’t a disruption in income.

Trudeau says the government is already preparing to do more if need be to provide the right kind of support to Canadians as the situation progresses.

There are few confirmed instances of community transmission of the virus that causes COVID-19 in Canada, but the number of cases continues to grow.

So far, there have been 94 confirmed cases of the illness in Canada.

Trudeau says Canada has been fortunate so far but the country needs to be prepared for all scenarios.

Montreal went into alert mode on Tuesday. Air Canada cancelled all flights between Canada and Italy.

#COVID19: although the situation in Montréal is under control, the global spread of the virus is evolving rapidly. This is why la Ville de Montréal’s Centre de sécurité civile (CSC) is going into Alert mode. (1/3) #polmtl

18 people are talking about this

Montreal’s transit agency is stepping up hygiene measures in hopes of stalling or preventing the spread of the coronavirus.

In a statement, Société de transport de Montréal spokesperson Philippe Déry said the transit authority “is in close contact with public health authorities, which are keeping us informed of the situation, any cases that might concern us and the measures to be taken.”

He said the experts consulted have said the risk of transmission on public transit is low, as the virus does not survive more than three hours on dry surfaces.

“Authorities are recommending that if customers (or employees) have fever or cough symptoms, they should contact the public health line (dial 811) and stay off public transit. Further instructions will then be provided to these customers,” Déry said.

He added that the STM’s emergency response team is following the situation closely and preparing a contingency plan.

Meanwhile, Collège international Marie de France in Côte-des-Neiges has closed all secondary classes for students aged 15 to 17 after a student was suspected of contracting the coronavirus.

The decision — made to prevent any potential spread of the virus — is effective Wednesday and was transmitted to parents by French embassy and consular officials.

College officials said that should the student test negative, classes will immediately resume. If the case is confirmed, classes will be shut down for 14 days.

All other levels at the school are unaffected by the shutdown.

As of Wednesday morning, Quebec health officials had seven confirmed cases of the virus in the province, no probable cases, had 91 persons under observation and had confirmed that 465 tests had produced negative results. 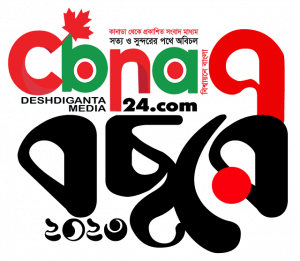 This website uses cookies to improve your experience while you navigate through the website. Out of these, the cookies that are categorized as necessary are stored on your browser as they are essential for the working of basic functionalities of the website. We also use third-party cookies that help us analyze and understand how you use this website. These cookies will be stored in your browser only with your consent. You also have the option to opt-out of these cookies. But opting out of some of these cookies may affect your browsing experience.
Functional
Functional cookies help to perform certain functionalities like sharing the content of the website on social media platforms, collect feedbacks, and other third-party features.
Performance
Performance cookies are used to understand and analyze the key performance indexes of the website which helps in delivering a better user experience for the visitors.
Analytics
Analytical cookies are used to understand how visitors interact with the website. These cookies help provide information on metrics the number of visitors, bounce rate, traffic source, etc.
Advertisement
Advertisement cookies are used to provide visitors with relevant ads and marketing campaigns. These cookies track visitors across websites and collect information to provide customized ads.
Others
Other uncategorized cookies are those that are being analyzed and have not been classified into a category as yet.
Necessary Always Enabled
Necessary cookies are absolutely essential for the website to function properly. These cookies ensure basic functionalities and security features of the website, anonymously.
SAVE & ACCEPT